I really believe that brotherhood is what makes a man human. If I owe God a human life, this is where I fall down. “Man liveth not by Self alone but in his brother’s face. . . . Each shall behold the Eternal Father and love and joy abound.” When the preachers of dread tell you that others only distract you from metaphysical freedom then you must turn away from them. The real and essential question is one of our employment by other human beings and their employment by us. Without this true employment you never dread death, you cultivate it. And consciousness when it doesn’t clearly understand what to live for, what to die for, can only abuse and ridicule itself.

The body is not a solitary fact. The system of interrelated organs that pulse and prompt action, which motivates reciprocal engagement, is only distinguished through interrelation of an external order. Other bodies are necessary for our own identities to be. This reality asserts itself from any direction you might approach to validate your own facticity. We are generated out of relationships. Think of the vast heritage of meetings that have occurred to beget each individual now present on the surface of the earth. And the continuity of our somatic heritage is reproduced in the vital need for contact and communication between bodies, in order to assert the singularity of the human self. We need each other as much as we have needed our ancestors.

There is another body that needs to be considered when an individual contemplates the extensions and limits of its own awareness. It is constructed of a virtual anatomy that has come into being through the genesis, transmission, and reception of what has been assessed as culture. Multiply coded, inter-relatable, ever changing, and fiercely compelling, it has grown out of that primal activity of naming things as well as their actions. The corpus of culture inhabits the activities that have accrued (and are accruing) between us. It transcends the limits of any solitary person, any one that exists or has existed. Each mind is the product of many minds.

We may only depart for regions unknown from the shores of collective achievement. Freedom requires a community to, in fact, be a state of being. Eschew the multitude! Fly to the metaphysical hinterlands of self-discovery! Climb the mountain and dig yourself into the summit! Cultivate the transcendent spiral of a featureless infinity! It denies the work that goes into making this radical undertaking significant. We are, none of us, self-corroborating entities. Each must send messages to each if there is to be a dialogue to emulate in the mind. A body that does not articulate and contend with other bodies has nothing to articulate or contend to itself. 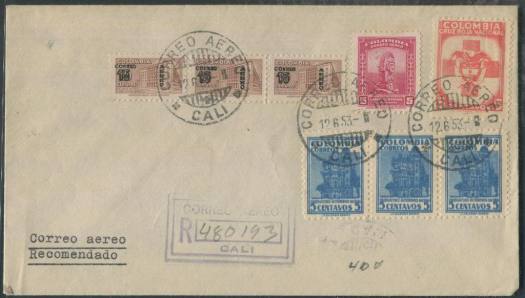 The dull light fell more faintly upon the page whereon another equation began to unfold itself slowly and to spread abroad its widening tail. It was his own soul going forth to experience, unfolding itself sin by sin, spreading abroad the balefire of its burning stars and folding back upon itself, fading slowly, quenching its own lights and fires. They were quenched: and the cold darkness filled chaos.

♦ James Joyce, A Portrait of the Artist as a Young Man

I deeply regret losing the fire of mathematics. I am not so far away from it now that the time when calculation came naturally doesn’t foreclose a clear, bright memory; the joy of accomplishing acts of pure reason did certainly burn like stars on the page, as well as in the brain. Still more I miss how it used to be possible for numbers to act as ciphers for more emotive and illusive signifiers. I used to derive equations that spoke to me of conflict, of the complex relationships between adults and children, of the yearning that emanated from the undisclosed x, the loneliness of the y; and, of course, of secret shames that harboured deep in the recesses of an analytical but also very superstitious mind.

My relationship to faith has been fairly cordial, though progressively more distant, since about the time that math and I began to part ways, but Joyce is not just capturing a guilty psyche riddled with paranoia here—there is something in this passage about the affective registers that lurk in all of human cognition. In the spaces between the most ostensibly unsentimental activity, passion exists. To be brought to interpret tenor and tone, even in the most monochromatic, matt surface of proofs, this shows something that elevates human accomplishment and has the capacity to suggest that a greater pattern governs the whole of mortal endeavour. A lesser intelligence begets the possibility of more powerful observation. Where and how is it localized? As we solve our affairs what is left in the margin? Does the remainder rest, and how is it evaluated?

The answers remain cold and disordered, alienated from heaven.

But self or person is not any one impression, but that to which our several impressions and ideas are supposed to have a reference. If any impression gives rise to the idea of self, that impression must continue invariably the same, through the whole course of our lives; since self is supposed to exist after that manner. But there is no impression constant and invariable. Pain and pleasure, grief and joy, passions and sensations succeed each other, and never all exist at the same time. It cannot therefore be from any of these impressions, or from any other, that the idea of self is derived; and consequently there is no such idea.

It is quite alarming, setting oneself to task, and then delving within—intent on discovering the boundaries of the self; but there is no discernable source, no border between what is and what is not that which perceives. What there is to discover are the echoes of impressions, insistent but also imperfectly rendered, clustered nebulously about the now, as you cast the net of consciousness blindly out into a murky sea. What you retrieve is not verifiable by some organizing standard, some principle of meta-consciousness; what pieces you have are rather the constituents of what itself becomes aware. Is there a voice that travels between points of reference, generated independently of the lingering instances of a heterogeneous sensorium that organize to produce something called personal history? As far as I can tell, my boundary is the space where my thoughts turn back to reinscribe themselves over their own premise. Perhaps I am a spontaneous generation, a misinterpretation of available phenomena. Perhaps it is all simulation.

There is a charm to Gaiman’s writing that waxes and wanes as you move about his body of work through the years. His Ocean At the End of the Lane is particularly rapt by instances of imagination that seem to have occurred to him before, and that he has shared with his public, but they have seldom played out so well, or so well crafted. It is a book that neatly walks the seam between what strikes one as young adult and what might be termed a more mature fiction, but it is really a story about revisiting your childhood from a distant—yet not unmanageable—vantage point. He neatly weaves together motifs that lurk in the psyche of our current age in amongst each other—pop culture references, the trappings of modern life in the seventies, mythology, juvenile pulp-ficiton, popular science—and the result is a little bit of spellbinding. His conceptualizations of eternity, and his spin on the underlying nature of reality, are formulations that crop up from the pens of other fantasists working in the English language, but they are no weaker for the similarities. There is something comforting in this coalescing mythology that attempts to unify the mysteries that lurk beyond understanding in the world of an increasingly atheist and agnostic educated class, where there are a mass of facts but very little interpretive meaning. It is nice to know that there is room for dreams in the spaces between instances of our scientific and technological growth. It is nice to read something that finds permutations of comfort and solace in amongst the frightening scale of the universe.

For my talent is to give an Impression upon words by punching, that when the reader casts his eye upon ’em, he takes up the image from the mould which I have made.

Undeniable that talent has a weight, both as an aptitude and as a currency. What you might trade it for, how it might exchange, is heavily dependent on a market value that is largely outside the possessor’s control—also, on where and who is deprived of its heft and influence. The value in this case is clear: Smart’s ability to produce an impression in a textual medium, punch an outline in “words,” and manifest the affective register of his language, the evocations of startling turns, nouns translated into verbs, actions and things superimposing to occur as unified objects. He knows what he’s doing is effective. He has a strong enough sense of what he is worth to pay the audience almost impudently, as if the suggestion of madness has never veiled the lines of his verse. Are all iconoclasts inherently confident?

So many turns you sigh, the linguistic turn, the political, the ethical and so on et cetera, enough to make you turn in your grave, prematurely, you think, no need for another, especially not a literary turn, you have to be joking. You always considered the phrase ‘linguistic turn’ to be a sort of joke, a somewhat comical but also delusory gesture apparently intended to refer to a new attentiveness to the importance of language in thinking, in philosophy and culture more generally, as if there were something before the turn, as if it thus confirmed that there were writings (Shakespeare’s, for example) that weren’t turned and already turning from the beginning, and as if the words ‘linguistic turn’ could be written, read, spoken or thought about without any need to register or try to reckon with the metalinguistic logic thereby inscribed.

The post-structuralists animated this provocative kind of movement in language so vividly; but you can’t avoid the joke, not really, especially now that it has been articulated so eloquently, so persuasively, so repeatedly. The idea that there was a kind of writing before the straightness of language was called into question, before any evident kink was discerned in the central structure of what we consider legible—that there was somewhere, sometime, a literature free of inherent instability—comes off as more and more absurd the more the premise is examined. The need to address the “turn” becomes evident. We move from our trajectories mid-stoke. We do veer. If universal translation was possible from print to mind, from text to template, it would be an anodyne accomplishment fit for endless application—if we could clean up the mystery of transmission, so much suffering and confusion could be erased, but we would live with so much less in the outcome. I commit to exploiting the turn because I feel like there is some resolution to my restlessness in proliferating the field. These very real complications that deny a direct conduit from the undisclosed to the enunciated keep me from losing faith in the entire human project.