✧ Bruno Latour, We Have Never Been Modern

“The strongest guard is placed at the gateway to nothing. . . . Maybe because the condition of emptiness is too shameful to be divulged.”

When anyone was witty about a contemporary event, she would look perplexed and a little dismayed, as if someone had done something that really should not have been done; therefore her attention had been narrowed down to listening for faux pas. She frequently talked about something being the ‘death of her,’ and certainly anything could have been had she been the first to suffer it. The words that fell from her mouth seemed to have been lent to her; had she been forced to invent a vocabulary for herself, it would have been a vocabulary of two words, ‘ah’ and ‘oh.’ Hovering, trembling, tip-toeing, she would unwind anecdote after anecdote in a light rapid lisping voice which one always expected to change, to drop and to become the ‘every day’ voice; but it never did. The stories were humorous, well told. She would smile, toss her hands up, widen her eyes; immediately everyone in the room had a certain feeling of something lost, sensing that there was one person who was missing the importance of the moment, who had not heard the story; the teller herself.

Sex, like being human, is contextual. Attempts to isolate it from its discursive, socially determined milieu are as doomed to failure as the philosophe‘s search for a truly wild child or the modern anthropologist’s efforts to filter out the cultural so as to leave a residue of essential humanity. And I would go further and add that the private, enclosed, stable body that seems to lie at the basis of modern notions of sexual difference is also the product of particular, historical, cultural moments. It too, like opposite sexes, comes into and out of focus.

✧ Thomas Laqueur, Making Sex: Body and Gender from the Greeks to Freud

But our notebooks give us away, for however dutifully we record what we see around us, the common denominator of all we see is always, transparently, shamelessly, the implacable “I.” We are not talking here about the kind of notebook that is patently for public consumption, a structural conceit for binding together a series of graceful pensées; we are talking about something private, about bits of the mind’s string too short to use, an indiscriminate and erratic assemblage with meaning only for its maker.

♦ Joan Didion, “On Keeping a Notebook”

♦ Donna Haraway, Staying with the Trouble

In the past we have always assumed that the external world around us has represented reality, however confusing or uncertain, and that the inner world of our minds, its dreams, hopes, ambitions, represented the realm of fantasy and the imagination. These roles, it seems to me, have been reversed. The most prudent and effective method of dealing with the world around us is to assume that it is a complete fiction – conversely, the one small node of reality left to us is inside our own heads. Freud’s classic distinction between the latent and manifest content of the dream, between the apparent and the real, now needs to be applied to the external world of so-called reality. 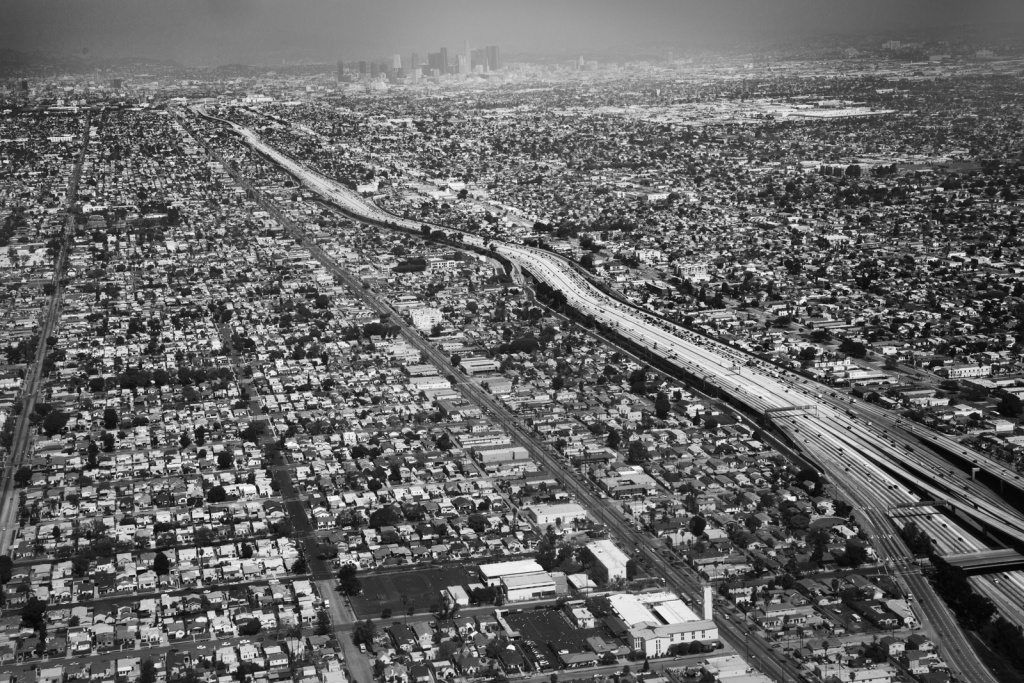 My wing is ready for flight,
I would like to turn back.

If I stayed everliving time,
I’d still have little luck.

—Gerhard Scholem, “Greetings from the Angelus”

There is a picture by Klee called Angelus Novus. It shows an angel who seems about to move away from something he stares at. His eyes are wide, his mouth is open, his wings are spread. This is how the angel of history must look. His face is turned toward the past. Where a chain of events appears before us, he sees one single catastrophe, which keeps piling wreckage upon wreckage and hurls it at his feet. The angel would like to stay, awaken the dead, and make whole what has been smashed. But a storm is blowing from Paradise and has got caught in his wings; it is so strong that the angel can no longer close them. This storm drives him irresistibly into the future, to which his back is turned, while the pile of debris before him grows toward the sky. What we call progress is this storm.

♦ Walter Benjamin, “On the Concept of History”

The rule that secret files must contain only information already known is essential for the operation of a secret service, and not just in this century. Likewise, if you go to a bookshop specializing in esoteric publications, you will see that every new book (on the Holy Grail, the mystery of Rennes-le-Château, the Knights Templar, or the Rosicrucians) repeats exactly what was written in earlier books. This is not simply because occult writers are averse to carrying out new research (nor because they don’t know where to go looking for information about the nonexistent), but because followers of the occult believe in only what they already know, and in those things that confirm what they have already learned.

It was a surprisingly bright, English day; and swarming with crowds through London’s theatre district. My companion, whom I had come all the way across the pond to see, was providing the commentary, as my voice was out of commission. Just before all the fixed points of my life were upheaved and mobilized at the beginning of the summer, I lost my voice. Everything I wanted to express, direct, or exchange was throttled by a forced rasp that was all my ailing vocal cords could accomplish.

“It’s viral. Your body’s fighting it. That’s good,” said my doctor after I had submitted to her examination.

“I need to move cities and then leave the country within the next week,” I narrowly managed to convey to her.

So, from my perspective, the visit to Britain was a little less convivial than I would have hoped; but ultimately the trip was already paid for and I wasn’t about to cancel. Sulking moodily in a newly acquired apartment, solitarily mired in an unfamiliar community, rather than exploring the banks of the Thames, wasn’t really how I wanted to spend the first half of July. So be it, I thought.

I packed up. I went.

It came to a frustrating result, but still, a rewarding one. It was a worthwhile visit: hanging out with physics nerds in the East End; frequently venturing out to buy bargain white wine from Tesco’s; navigating the Tube without being fairly able to ask for directions; wandering. England’s weather didn’t reject me—it was identifiably summer. There were lots of opportunities to rove about in the open air, and circumnavigate the kinks of London’s urban knot. It will be recorded as a cherished trip.

That day, though, frequently crushed by the mobile agendas of bamboozled tourists, we skittered past the theatre production of 1984.

“Everyone makes such a big deal out of that book,” my chaperone said to me. He went on to ask what I thought about it—does it predict a future we are on a collision course with? Or has it already happened?

“I actually haven’t read it,” I wheezed in a forced strain beneath the background noise.

He, the student of science, was shocked that I, the student of literature, did not have first-hand knowledge of the book. Although, when pressed, he admitted that he had only ever made it through the first 40 pages, and was basing most of his opinion regarding the interface of Orwell’s dystopia with our evident reality on hearsay. The conversation we managed to have about the novel’s lauded prescience in a way succeeded in spite of our mutual handicap. The upshot was the observation that, despite vocal remonstrations from the modern public concerning the erosion of confidentiality and the growing ubiquity of surveillance, recording, and monitoring technologies, it seems that we have in fact quite prosaically handed over the rights to our privacy in steady increments. Could we not say that we have already acquiesced to Big Brother? Has the revolution not happened around us? Isn’t Orwell’s future here?

Now that I’ve read the book, I see that there were some quite conspicuous lacunas in our unsubstantiated assumptions about the nature and character of Big Brother. As one of those frequently required schoolhouse texts, 1984 has a kind of imaginative currency that transcends the actual act of reading it. Having never cracked its spine I still felt familiar with the broad strokes of the text just by virtue of cultural osmosis; but that knowledge was a sketchy equivocation and did not adequately map out the content of the novel’s concerns. As a result our rhetorical questions about an already realized Orwellian present-future were fairly off base.

The omnipresent telescreens and the consequent obliteration of privacy; the techniques of doublethink and the reworking of language to delineate the boundaries of what is thinkable; the machinations of the Ministry of Love and its subversive agents; all these together produce a framework of technologies devoted to the subjugation and control of the very people who are at work maintaining that same control in 1984. The totalitarian regime of the Party in Oceania is indeed devoted to power: having it, exercising it, perpetuating its hold of it; and it does this largely through the management of information. The ultimate goal is to govern thought itself to render resistance impossible and secure the future of the Party indefinitely. The techniques are forceful, brutish, and conspicuous; but, more importantly, they only concern the 15 percent of the population who are members of the ruling class. The proles, the remaining 85 percent, remain relatively untouched by the social engineering, surveillance, and coercion techniques of the Party. The masses are simply kept poor, kept busy, and herded.

Orwell’s 1984 has not come to pass. The brutality and ham-fisted manipulation tactics of the Big Brother regime are quite self-evidently totalitarian, conceived and enforced by a relative few under the guise of a war-mongering communism. The conditions we live in are far more insidious, far-reaching, and all encompassing. The mechanisms of control that pervade our modern society bring to fruition the primacy of information that exists in Orwell’s vision, but they diverge sharply when it comes to concerns of centrality and complicity. We live in a network of coercions that lacks a definable centre: the nodes of power that continuously form and dissolve, while remaining continually mobile or nebulously defined, influence us from all sides. The agendas of human interests work to win us over through the functions of every design, every product of human endeavour. As we want, as we desire to interface, as we exchange and as we capitalize upon our options, we collaborate. Not only that, we proliferate the very forces which enact the processes of restriction and control that delimit us. The scale of our complicity in the management of human life does not confine itself to the ruling class—in this information age every participant in the circuit of feedback and interchange makes a tacit acquiesce to regulation, and in turn does their part in contributing to the policing of the comprehensive complex that overwrites the boundaries of our interconnectedness.

George Orwell didn’t predict this. We’re in a much more subtle mess than he could have envisioned.